Star clusters in the Andromeda Galaxy

Today's APOD (Astronomy Picture of the Day) is a stunning image of the Andromeda Galaxy in which many of the galaxy's star clusters can be seen. This beautiful image comes from the Subaru telescope and shows one of the outer spiral arms of the galaxy. In this image the blue patches are young star clusters containing lots of bright young stars, while regions where stars are forming show up as red blobs (because the dust in these regions reddens the light from them). So this image shows us both the places where stars are forming and the locations of recently formed stars. 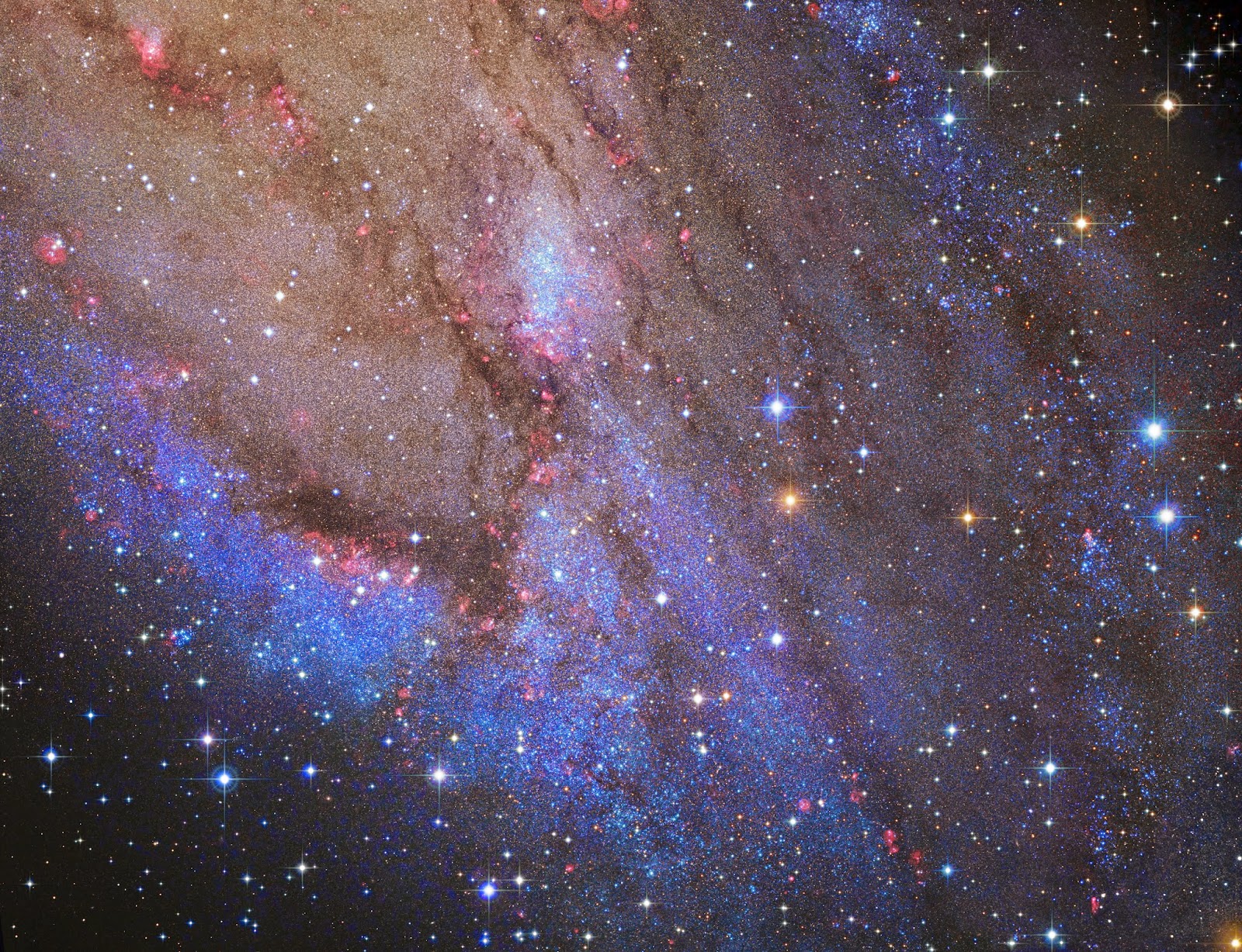 This image highlights one of the useful properties of star clusters: because they are so bright we can often see them from a long way away, in this case from 2.5 million light years away, the distance to the nearest spiral galaxy (other than our own Milky Way), Andromeda. This means we can use the young star clusters to map out where stars have recently formed and how many stars have formed (by adding up all the light from the young star clusters). Because in the case of Andromeda we can see the entire galaxy (because the disk is inclined towards us, unlike our Milky Way disk which is edge-on and therefore obscures itself) we can map out the star formation across the entire galaxy.

This is an example of how it can sometimes be easier to map out some process (in this case star formation) across a large area for a distant galaxy than it is for our own Milky Way.
Posted by Unknown at 19:10

This is a blog about star clusters, star formation, and astronomy news in general, written from by a research astronomer, but aimed at non-experts. You can visit my website here.
Please let me know what you think and leave a comment!